Heavy flooding has left a trail of destruction in North Rhine-Westphalia and Rhineland-Palatinate. At least 170 people died in the floods. In many places, the infrastructure has completely collapsed.

The flood disaster in west of Germany has also triggered agreat deal of helpfulness among the people here in the region. It is a sign of solidarity. Quick and unbureaucratic helf or those affected by the floods came from Upper Franconia.

Farmers, companies and forwarding agents organised the transport of hay and straw to NRW. Initiated by Mr. Meixner in Leutenbach near Forchheim.

And so, on Friday afternoon, a convoy of 37 trucks, including three semi-trailers from Steinbach Spedition, set off from Forchheim on the way to Kerpen.

In the middle of the night, the animal feed convoy (37 trucks and  supply vehicles) arrived in North Rhine-Westphalia. Each truck was loaded with about 40 bales of hay or straw.

Thanks to generous support of farmers from Upper Franconia, who donated bales of hay and straw, and the volunteer drivers, this action was only possible.

Many thanks to our drivers Mihai, Nicu, Benjamin, Erhos, Ralf with wife

for their sensational mission. 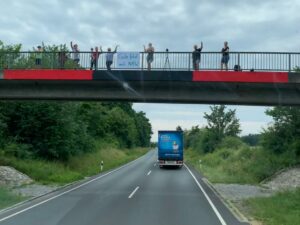 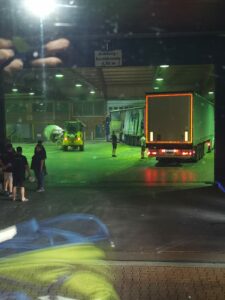 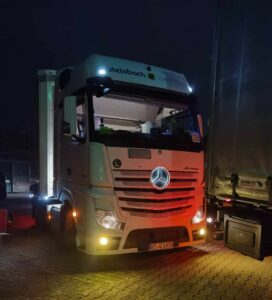 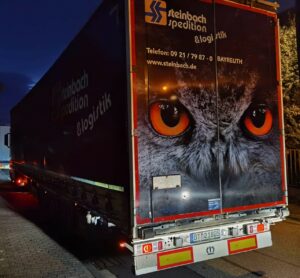 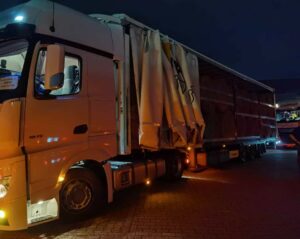